MOVING ON TO
THE SMELTERS

WHAT HAPPENED TO THE ORE CONCENTRATES PRODUCED IN THE MINES?

As far as is possible to reconstruct in comparison with similar mining sites and factories, the ore, once concentrated in the mines, was transported out of the valley to the talus cone of the Lengerui River, which was approximately 1.5 kilometres from the mines. It is likely that the fahlore was then heated to well above 400 °C in special smelters, allowing for distillation and separation of the thus purified, liquid mercury.

The process applied here was not much different from the process used today for distilling schnapps or other alcohol. The procedure was also recorded in one of the earliest German printed poems, the “Tiroler Landreim”, written in 1558. Mercury was once a valuable element with many different applications. It was not only used to create medicine, but also for amalgamation in gold mines. It was therefore generally considered a great source of income.

Back then, the Gand mines were the only mines in the Tyrol where this specific metal was mined. Even in Schwaz, known as an important silver mining centre due to the huge amounts of fahlore that were extracted here, mercury was not mined until 1923. After all, the mercury content in this region was rather low, rarely amounting to more than 3 to 5 %. It seems as if the Stanzer people have well managed to keep their mercury distilling process a secret.

Once the mercury had been removed, the processed fahlore and chalcopyrite were brought to the territorial silver foundry in Imst. The foundry was originally located at the merging of the Piger and the Malch Rivers. Here, useful metals such as copper and silver were separated from the fahlore by adding lead glance from the nearby Gurgltal lead ore mines, and prepared for further processing. 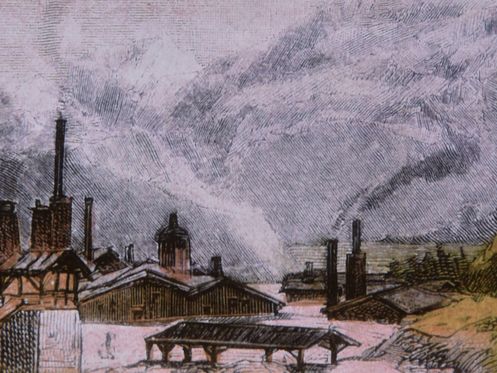 Fig.: Drawing of the former territorial silver foundry in Imst 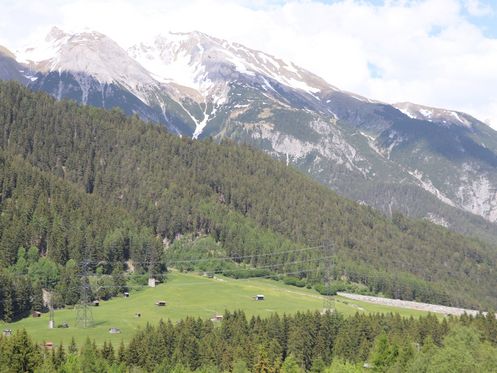 Fig.: The talus at the Lengerui River, once a busy mercury distillation site 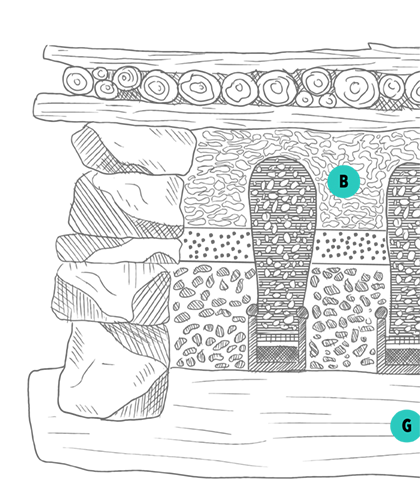 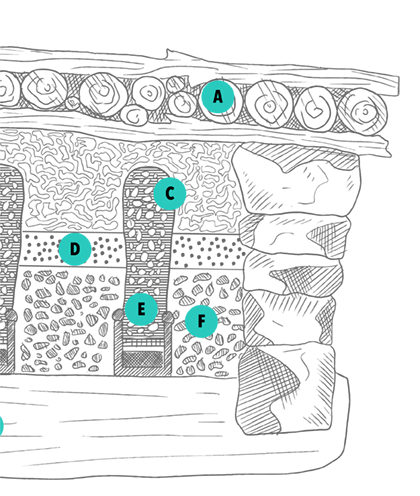 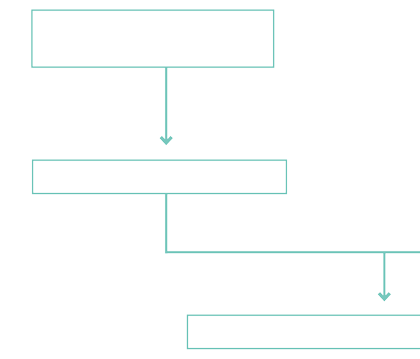 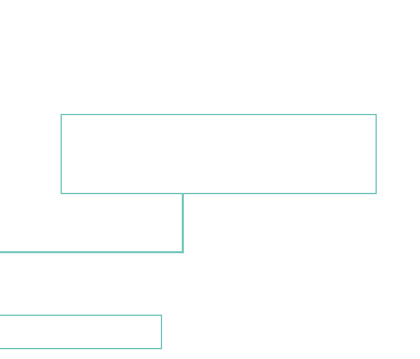 1
The first step in extracting silver from fahlore was to roast the ore and galenite, thus inducing oxidation of the sulphides.
2
The ore minerals were then melted at lower temperatures to achieve a reduction and free the desired metals.

Due to the higher affinity of lead (Pb) compared to silver (Ag), the two metals combined and the copper remained.

Lead and silver are generally heavier than copper and would sink to the bottom of the melter, whereas the copper collected in the upper part of the device.
3
The silver-lead mixture was once more melted in the refining hearth while air was supplied to induce oxidation. Lead is a base metal that oxidises to toxic, red lead. This was constantly removed from the surface, while silver, as a noble metal, hardly oxidised and remained as lightened silver, whose sparkle was clearly visible beneath the surface.
4
The last, refining step was a final oxidation process to remove the last bits of lead. This was done by an officially sworn refiner of silver. This silver concentrate could then be used to make silver coins.
click to read next info board
/